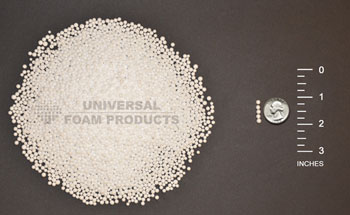 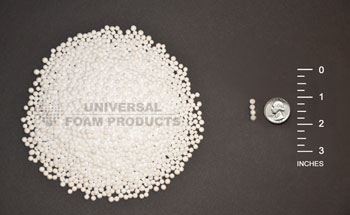 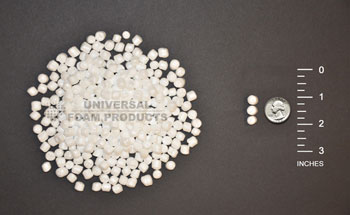 EPS puffed beads are created by applying steam to EPS resin in an enclosed chamber. The Pentane gas in each piece of resin expands from the heat causing the beads to grow by 30 to 35 times their original size. When they are fully puffed the beads are primarily made up of air. The puffed beads are then transferred to a drying chamber where they are subjected to dry air and from there into large poly bags for shipping. For very large applications the puffed beads can be blown directly into a 53’ trailer.